Sail Nelson is a fully accredited Royal Yachting Association sail training centre, run by sailors for sailors. We teach all abilities from novice to Yachtmaster™ Offshore.

Our passion is for sail cruising and to that end everyone here has spent many months and years cruising the worlds oceans. Setting sail, whether along the coast or across an ocean, is a psychological challenge made much easier when you have acquired the necessary skills. Nowhere are these skills more essential than in coastal waters where confident boat handling and accurate navigation are paramount. So, whether you’re planning to cruise for a weekend, a week, a month or a year we’re here to give you the knowledge, ability and confidence to enable you, your friends and your family to get the most out of sail cruising in a relaxed and enjoyable way.

Sail Nelson’s RYA qualified sailing instructors all have excellent tuition skills, proven sailing ability and many thousands of sea miles under their belts. They are patient with a good sense of humour and all love being on board in Nelson, with its stunning scenery and renowned sunny climate. 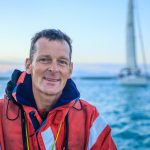 Chris, and his wife Katy, sailed their 35ft ketch Whistler from the UK to New Zealand, via Easter Island and Pitcairn during 2003/2004. Prior to that Chris grew up sailing in the UK and has sailed all his life since early childhood. He began with dinghies and small yachts, sailing all around the coast of the British Isles, before repeatedly crossing the English Channel sailing to France and the Channel Isles. From his early 20’s Chris was skippering passages west to the Hebrides, off the West Coast of Scotland, including the remote and rugged islands of St Kilda and north to the Orkney Isles. During the early 1990’s Chris spent many months teaching boat handling on various expeditions amongst the fiords of southern Chile.

Since moving to Nelson Chris (together with his wife Katy and 2 children Ben & Sally) has continued to sail, instruct and explore around the unspoiled coastline of New Zealand and many of the idyllic islands of the South Pacific and Tasman Sea. But for anyone who loves sailing and the outdoors Nelson is perhaps impossible to beat and Chris always loves sharing it with visitors to the region. 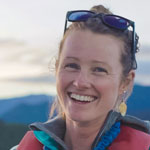 Kathryn, or Kat as she prefers to be known, started sailing when she was just 7 and spent most of her childhood circumnavigating the globe with her family. After returning to her home in Nelson Kat crewed as a teenager on another family adventure, sailing from New Zealand to Chile and back, across the Southern Ocean. In 2015 she spent a year sailing solo around the Pacific, navigating and exploring the islands of Tonga, Fiji, New Caledonia, and Australia along the way.

Over the past 20 years Kat has sailed many of the major ocean passages to make landfall in over 42 foreign countries. It’s hard to imagine how Kat managed to fit in her university Degree, but even this incorporated repeatedly skippering her 32ft yacht along New Zealand’s rugged east coast, between Nelson and Dunedin. Living aboard her yacht has become a way of life for Kat and it provided her with perfect student accommodation.

Numerous Yacht deliveries, sailing solo across the Tasman, and south to the Sub-Antarctic islands of New Zealand, charter work and dinghy racing are all part of Kat’s rich sailing life. Kat is a passionate sailing instructor and enjoys sharing her knowledge and skills from her home port of Nelson. 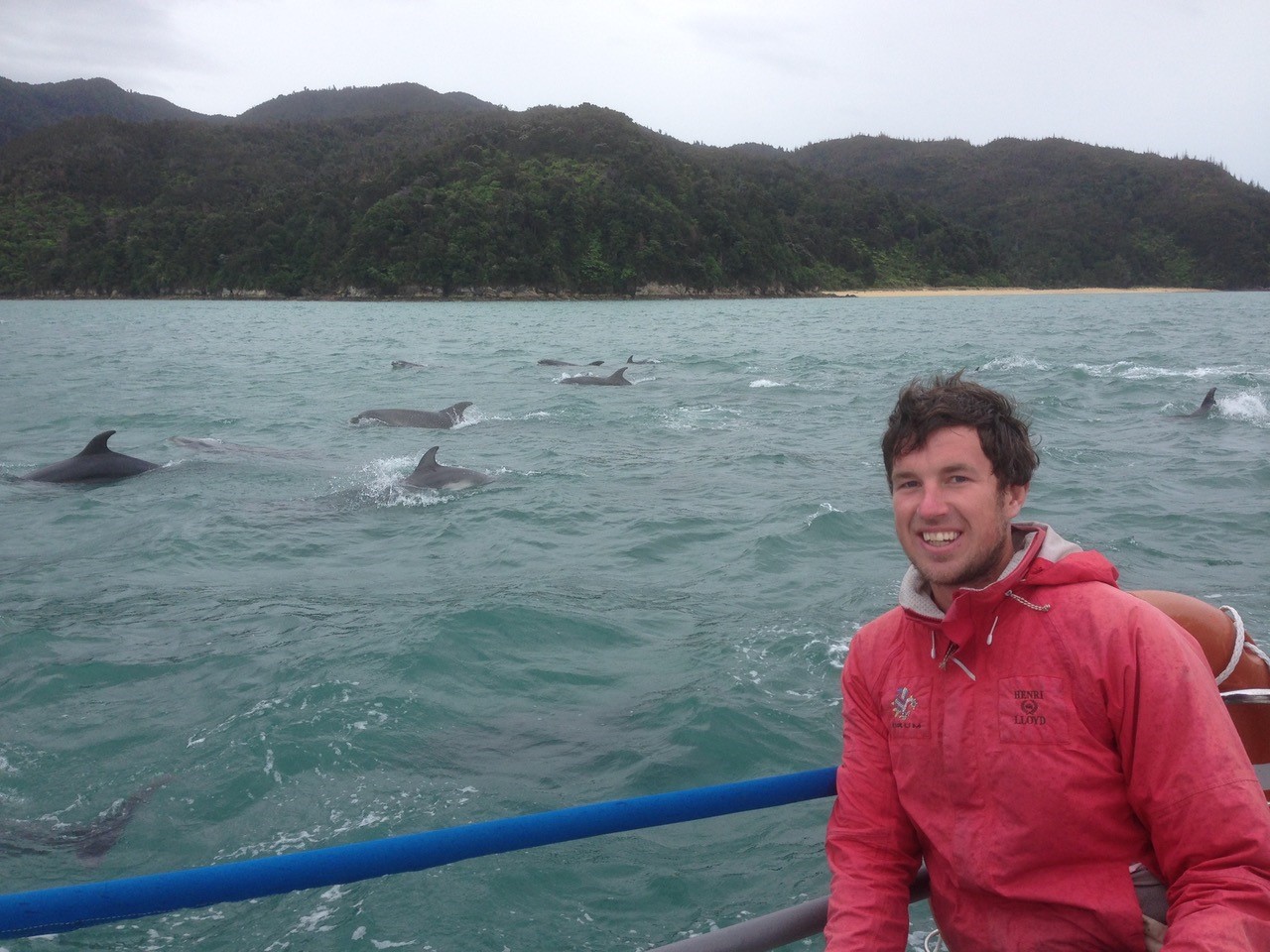 Stuart has been sailing and adventuring ever since he was 10 or younger and his passion for the sea and the outdoors combine to make him a perfect fit for Sail Nelson. Stuart worked as an instructor here several years ago and we’re fortunate to have him return to us after building on his already considerable experience, skippering and instructing adventure sail expeditions to various northern hemisphere destinations, including Iceland and the Faroes.

Stuart also previously managed and skippered the former round the world 78 foot racing yacht ‘Drum’ and his experience across a variety of sailing yachts, large and small, is in excess of 80,000 nautical miles. Working with the Hebridean Whale and Dolphin Trust Stuart has also gained Marine Wildlife Safe Skipper status. His depth of sailing experience is complimented by his excellent people skills and his flair in the galley. Stuart loves to share his knowledge and experience. A week sailing with him is always enjoyable and stimulating. 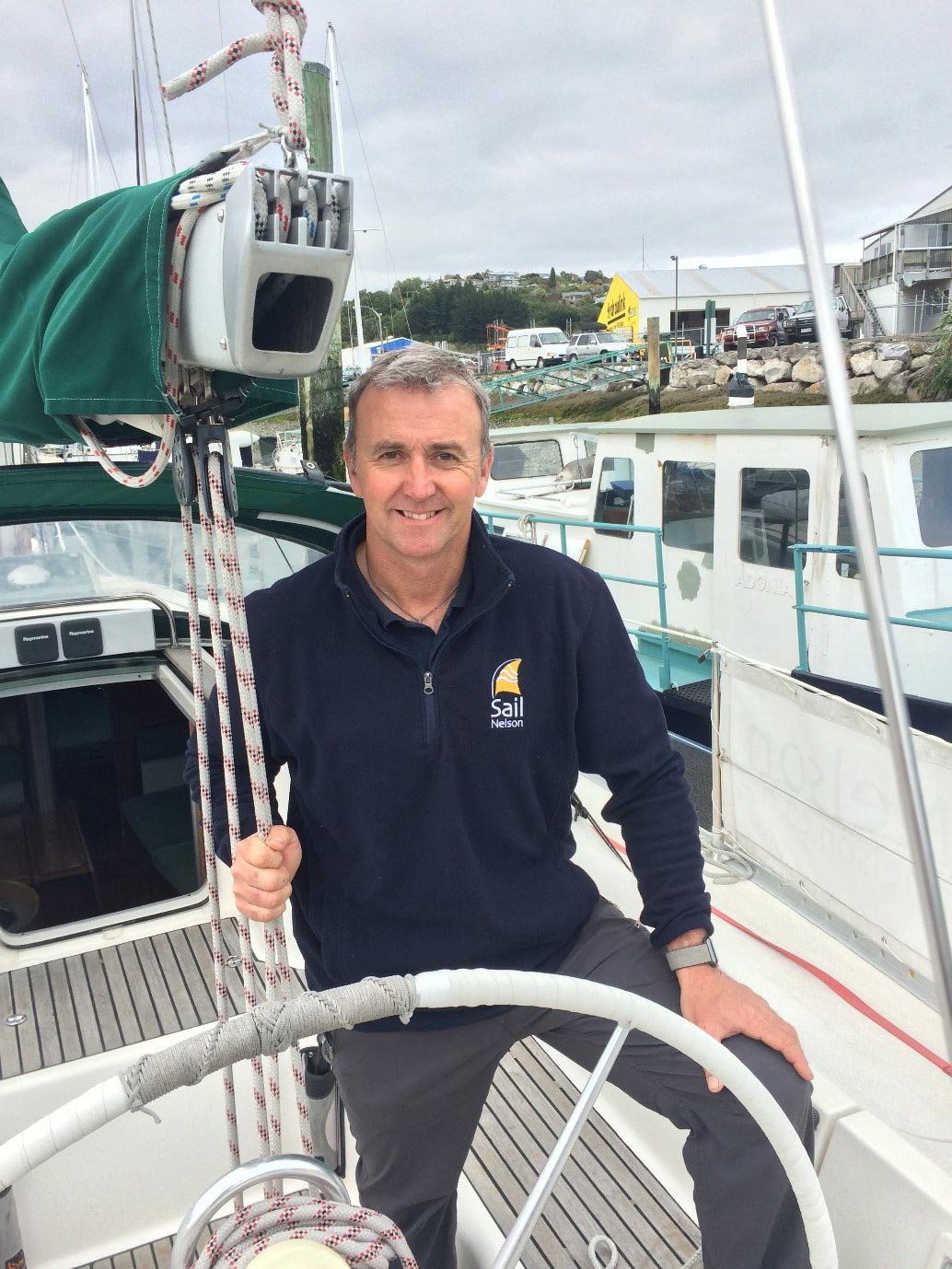 Stuart grew up around the sea and was always a keen sailor. He had various ‘careers’ before he went back to school age 26 and after gaining further qualifications worked as crew and then first mate, on round the world racing yachts based out of the UK. After several yacht deliveries Stuart worked in the Caribbean skippering charter yachts, where he met his wife Chante. They worked together doing what they loved – sailing, exploring and sharing experiences with their guests.

After six years in the Caribbean and Atlantic Stuart moved onto a private boat and got to explore the South Pacific and New Zealand, ending up sailing back to Europe via Thailand, Myanmar, the Maldives and the Red Sea, including dodging Pirates off Somalia. Stuart then worked for three years as an instructor at Outward Bound New Zealand before working for the Maritime School in Nelson, as well as instructing and examining for the RYA and Maritime New Zealand. Stuart and Chante have two daughters, who have already sailed with them from the Caribbean to New Zealand. Stuart’s depth of knowledge is a real asset to Sail Nelson and when he’s not sailing he can usually be found kite surfing, mountain biking, hiking and spending time in the outdoors with his family. 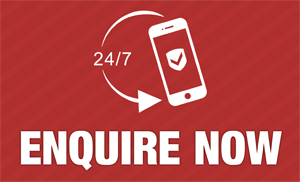